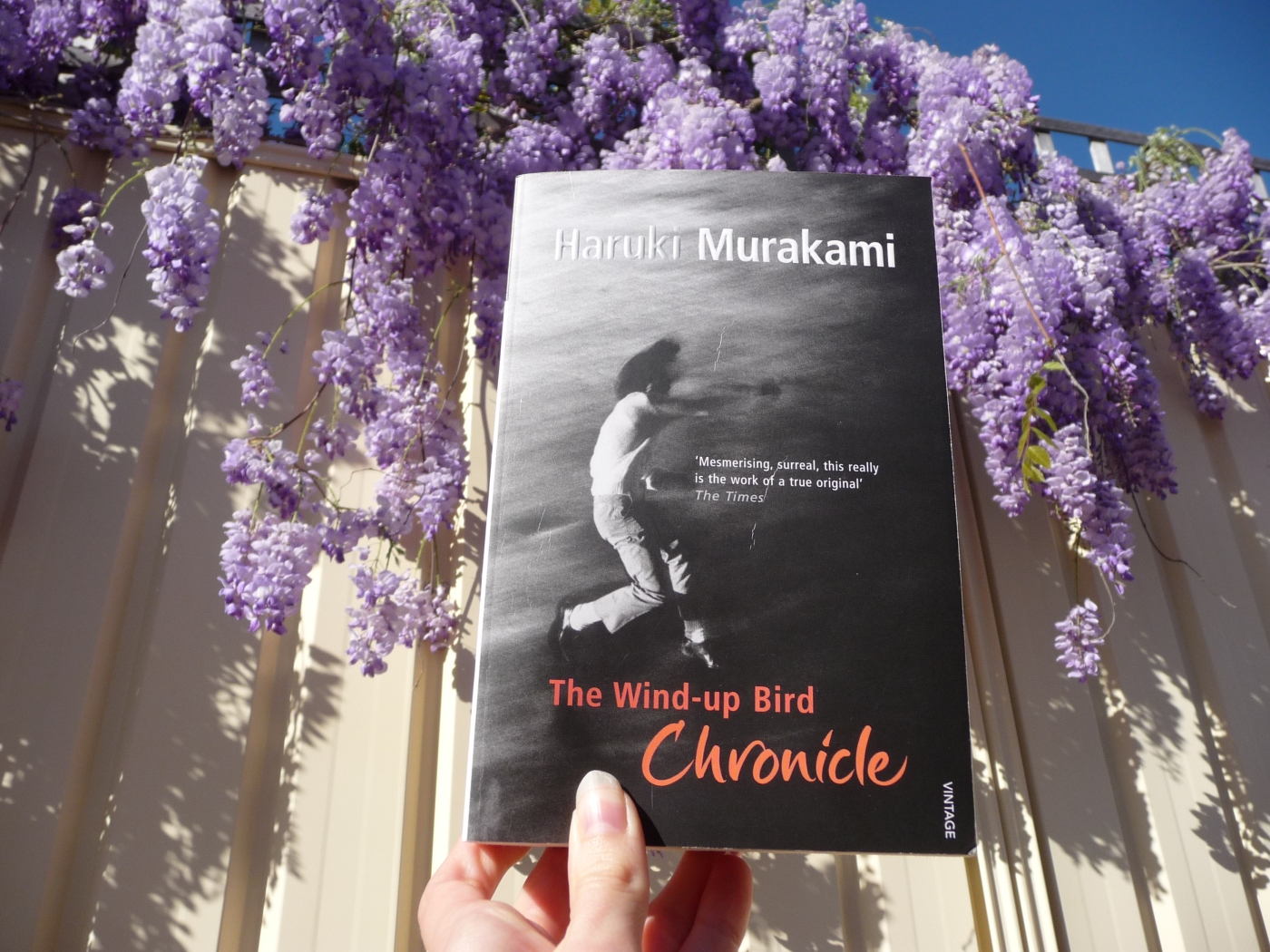 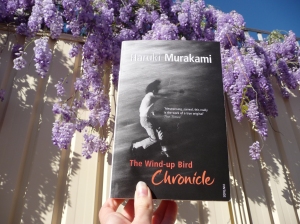 (The wisteria in my backyard- sneezy but oh so pretty)

I want to start off this review by saying that I’m no stranger to Murakami, but perhaps I am when it comes to some of his more surreal novels. I’ve read Norwegian Wood, After Dark and after the quake but The Wind-up Bird Chronicle is the biggest Murakami I’ve tackled to date.

Murakami has one of the most beautiful ways with words that I’ve ever seen (although I suppose Jay Rubin, the English translator helps to maintain the beauty in English) and his prose paints perfectly detailed pictures in your mind. This book is no exception and I could picture everything – Toru’s, the well, May Kasahara and Kumiko as I read.

The plot starts out in a linear fashion – Toru is recently unemployed and his wife, Kumiko, is upset that their cat has gone missing. The search puts him in touch with the quirky teen May Kasahara and the odd Malta and Creta Kano. Over Toru looms the figure of Kumiko’s brother, Noboru Wataya (which also happens to be the cat’s name).

Everything starts going a bit surreal after that. Why does Toru go down the well after the Lieutenant mentions his experience? Why do Malta and Creta disappear halfway through the book? What exactly is going on with Nutmeg and Cinnamon? What’s the significance of the woman on the phone? Is there any significance?

I am of a fairly scientific mind and it threw me a little to try and justify all of Toru’s adventures in reality and tie up all the loose ends- which isn’t possible I think, you need to wonder and discuss this book. Toru’s character frustrated me in that he was so passive of almost everything- being trapped in the well and joining Nutmeg and Cinnamon. His fixation on Kumiko was also a bit strange but I guess it was sweet that he was willing to wait for her no matter what.

May Kasahara was my favourite character. Her ability to blurt out morbid and strange thoughts as well as take anything in her stride was uplifting. I’d love to mind out how she ended up.

This book was mesmerizing and although at times I wanted to put it down because I couldn’t figure it out, it wasn’t possible. I think the trick is not to force it to be linear and just accept that you can’t explain anything. Rather like life, really.

Have you read The Wind-up Bird Chronicle? What were your thoughts?

I read this book as part of the Japanese Literature Challenge 4– a great way to read some of your TBR list!

13 thoughts on “The Wind-up Bird Chronicle by Haruki Murakami”