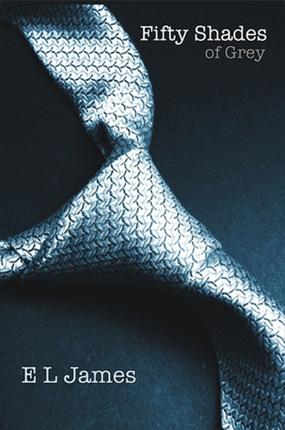 A quick rundown… I think everyone knows the story line of this book but here’s it is. Ana. Christian. Sex. Inner Goddess. Sex. Repeat.

Strengths: Easy read. Comes as an ebook if you don’t want to be seen with the paperback.

Why I read it: Because everyone else has!

I have sat down to write this review many times and got nowhere. I bet you’re thinking that everyone else has an opinion of this book, why not Sam? That’s my problem – this book is so huge, being talked about everywhere (from lifts to offices and that’s just in my workplace), what can I say that’s different?

Perhaps I should relate to you what’s happened in my workplace, which is pretty big. I read this some time ago, didn’t mention it at all to any colleagues (I wasn’t ashamed, just unable to think of how to turn the conversation to ‘I’m reading a Twilight inspired book about BDSM, what’s on your Kindle?’). Then about a month ago, this conversation was everywhere. Maybe we are late bloomers. To the amusement and bemusement of the male staff (most who were trying to look uninterested), the girls started having conversations about ‘he’ and ‘she’ – who will play he? Is Ryan Gosling a candidate to? What did you think when he bought her the car? When she went to his apartment? It seems like a lot of girls were reading or had read this book – all as an eBook. Women who I didn’t think enjoyed reading. Those who I thought would never read ‘this’ kind of book. Then I began to see women opening reading the paperbacks on the train. A 30-something woman threw a tantrum worthy of a 3 year old when the bookshop had run out of the second book in the series.

Worthy of the hype? In my opinion, not really. I’m pleased that the ‘on trend’ genre is no longer vampire stories, but I haven’t really got tied down (joke) by this genre either. The sex didn’t bother me. There are more graphic descriptions in other novels, but probably there is less sex overall in those. The BDSM thing didn’t worry me, although I do worry about Ana as an innocent getting into this kind of thing, then thinking it’s the ‘only’ kind of normal. As long as you are happy and consenting and know that The Boyfriend will not always be rich/handsome/willing to buy you Macbooks and Audis nor is that a condition for love, I’m not fussed.

I have to make mention of the language used in this book. I found some of the phrases overly repetitive (hello inner goddess) but as I’ve never sat down to write multiple sex scenes, I can’t say that E L James should have made better use of her thesaurus. I think it’s well written for fan fiction, and perhaps even for light fiction. The emails between Christian and Ana are incredibly witty (especially the subject headings) – I’d like to see how she went with more humourous content.

Would I read this if I was about to go on a long journey without any entertainment? Yes, I would – but I find airport bookshops full of good things to read, so this wouldn’t rank highly on my list. If there were only three books at the bookshop and two were in genres I don’t normally read, yes I would buy this book. And enjoy most of it, poking fun at the rest. It’s a simple, idealised romance with some quirks that haven’t been discussed openly before. I don’t think I’ll read the other two books in the series, but there are books out there that I like less than Fifty Shades. Sure, Ana is annoying, Christian is odd and you can guess the end before the beginning but it’s okay.

5 thoughts on “Fifty Shades of Grey by E L James”