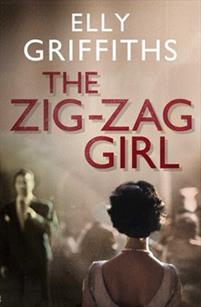 Doing this monthly feature on the blog is one of my favourite things because I get to search and read about lots of lovely new books! So without further ado, here are the books I’m looking forward to most in Australia this November…

The Zig-zag Girl by Elly Griffiths

From the publisher (Hachette):

Brighton, 1950. When the body of a girl is found, cut into three, Detective Inspector Edgar Stephens is reminded of a magic trick, the Zig Zag Girl. The inventor of the trick, Max Mephisto, is an old friend of Edgar’s. They served together in the war as part of a shadowy unit called the Magic Men. Max is still on the circuit, touring seaside towns in the company of ventriloquists, sword-swallowers and dancing girls. Changing times mean that variety is not what it once was, yet Max is reluctant to leave this world to help Edgar investigate. But when the dead girl turns out to be known to him, Max changes his mind. Another death, another magic trick: Edgar and Max become convinced that the answer to the murders lies in their army days. When Edgar receives a letter warning of another ‘trick’, the Wolf Trap, he knows that they are all in danger. . .

My thoughts: Murder, mystery and history makes for a perfect holiday read.

If I Knew You Were Going to be This Beautiful, I Never Would Have Let You Go by Judy Chicurel

From the publisher (Hachette):

Judy Chicurel’s exquisitely written debut evokes the atmosphere of a 1970s summer in a close-knit working class community on Long Island. Katie and her young friends face a changing world, with prospects very different from those presented to their parents. The Vietnam War seems pointless to many but has devastated lives that remain broken even after the fighting is over. As, with bittersweet humour, the characters’ experiences unfold, daily events mirror bigger issues: an illegal abortion is plotted; the town is sinking into an economic abyss forcing Katie’s friends to leave in search of more promising horizons; drugs claim the lives of those often too high to recognise the danger until it is too late; and Katie dreams of a boy back from Nam who’s still fighting a battle she doesn’t understand. IF I KNEW YOU WERE GOING TO BE THIS BEAUTIFUL, I NEVER WOULD HAVE LET YOU GO touchingly conveys the magic of everyday living during a darkened time.

My thoughts: I have heard loads of great things about this book from overseas bloggers – can’t wait to read it.

The Woman Who Stole My Life by Marian Keyes 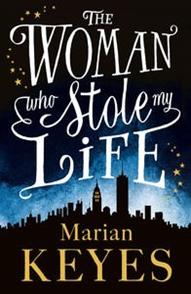 From the publisher (Penguin):

Stella Sweeny is back in Dublin. After living the dream in New York for a year – touring her self-help book, appearing on talk shows all over the USA and living it up in her 10-room duplex on the Upper West Side – she’s back to normality with a bang. And she’s got writer’s block.

Stella wants a clean break as she didn’t exactly leave New York on a high. Why is she back in Ireland so soon? Who is it who keeps calling? Stella wants to get back to being the woman she used to be. But can she? And should she?

From the publisher (Pan Macmillan):

In the ruthless pursuit of scientific fact, there is no candidate more formidable than Dr Karl Kruszelnicki.

In House of Karls, he addresses a range of issues and questions: how Politics and Greed are dirtying the purity of Science and why the world’s most expensive book costs more than $23 million dollars, but only $4 to post. How real is the Five Second Rule with food? Why does a frog in milk stop it from souring? Why did the Nazis steal the only Space Buddha?

Gold may bring power, but how did it get from an exploding star to a gum tree? Why are children smarter than their parents? Why is bank robbery a terrible economic decision, and what are the surprising origins of the ‘selfie’?

Did you know that the Government knows of a cancer cure and it has 75,000 pieces of Big Data on you …

My thoughts: Dr Karl has the knack of explaining very complicated things in simple and fun terms. I always learn so much from his books.

From the publisher (Harlequin):

Colleen goes to the same bar every night and orders the same drink: a whiskey, neat. She doesn’t drink it, though. Jesse the bartender notices the beautiful, sad woman who keeps to herself. Until one night when she lets go and lets him in. And after that, Jesse has only one mission — to show her one night is only the beginning . . . .

Seize The Night by Tiffany Reisz

Five years ago, a night of forbidden passion between Remi and Julien, the heirs of two powerful and competitive horse-racing families, led to a feud that is threatening to ruin both farms. Now Remi must find Julien again – but when she does her need for Julien is just as strong and just as forbidden. . .

With a rip louder than the ‘I dos’, Hayley’s hideous bridesmaid dress explodes. She’s always had enviable curves, but nearly naked wasn’t quite the look she’d been going for at her ex’s wedding! After being rushed from the altar under the best man’s jacket, Hayley expects a blast of disapproval from Niccolò Rossi. What she gets instead is a kiss that nearly melts what’s left of her nightmare gown!

My thoughts: Megan Hart always writes a powerful story and I can’t go past a book that involves exploding bridesmaid dresses!

Have you read any of these books? Which new releases are you looking forward to this month?