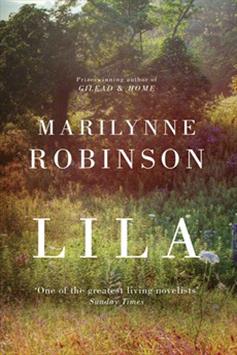 In brief: The third in the award-winning Gilead series tells us the background of Reverend Ames’ wife, Lila. It’s an enthralling story.

Why I chose it: I’ve always wanted to read Marilynne Robinson’s novels, thanks to Hachette Australia and The Reading Room for the ARC.

Strangely, Marilynne Robinson is an author whose works I’ve never read before now. Why? I don’t know. Looking at the publication dates, there wasn’t anything major happening in my life that caused me to read less or shop for books less. I’ve heard many great things about her prize winning novel Gilead but I’ve never gotten around to moving that book from my wish list to my reading pile. It’s a pity, because Robinson is an excellent craftswoman when it comes to plot construction and prose. Lila is a lyrical work of art where not a great deal happens but the reader is left with a feeling of achievement.

Lila is the third in the Gilead series, but I didn’t feel the need to go back and read the first two books (Gilead and Home) to understand what is happening in the novel. If you’re exceptionally curious/don’t mind surprises, it may be worth looking at reviews and plot summaries. Otherwise, know this – this is the story of Lila, much younger wife of minister John Ames. It’s the story of how she came to be in Gilead and marry Ames. Lila really hasn’t had an easy life- taken by the older Doll from uncaring parents; she lives life constantly on the road, looking for odd jobs. It’s difficult to the new reader initially to get an idea of the sense of time, but references to dust and farmers unable to make a living had me placing the narrative in the 1930s. It’s a rough life, living outdoors, eating what could be bought cheaply and always feeling on the outer. Lila does have a fond memory of a short period in school, but is uprooted by Doll to go on the road again. When Doll needs Lila’s help several years later, things turn from bearable to terrible. How she gets to Gilead is a fascinating story.

Like I’ve mentioned above, the prose is beautiful. Almost instantly, the reader is taken into the world of Gilead, a gentler, slower pace. I found my reading pace to slow too, as each word was to be savoured and thought about the deeper meaning. While this was beautiful, I sometimes found myself lamenting at the lack of events occurring. It’s a reflective book, looking at a life that has become more different than Lila ever expected but sometimes I just wanted something to happen! I felt the pace picked up in the latter part of the book as Lila found herself in more trouble but her early life and gentle courtship with Reverend Ames was too protracted for me. There are also numerous biblical references and theology in the book, which didn’t mean anything to me and caused me to drift away from the story.

As I read more about Lila, the more fascinated I was about her. She’s a multilayered soul with a prickly exterior that hides a wise, soft core. I liked how she wasn’t afraid to question the order of the world or the way things are done. Would I read the other two books in the series? I think I’d be more likely to listen to them, especially if they’re at the same slower pace. One thing that can’t be denied is that Marilynne Robinson is a masterful writer with beautiful style.

One thought on “Lila by Marilynne Robinson”