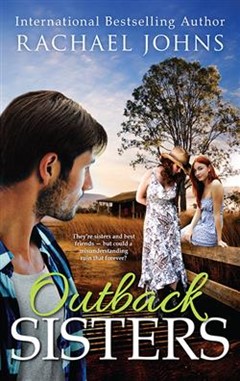 In brief: Everyone in Bunyip Bay knows sisters Simone and Frankie. This is their story, as Simone starts dating a man her daughters hooked her up with and Frankie starts to feel something for him. When cake disaster strikes on the eve of Adam and Stella’s wedding, will the turmoil sort out the sisters’ loves lives for the better? (Read more about the story here).

The good: I loved being back in Bunyip Bay and having Frankie as one of the main characters was fantastic. (Plus the extra bonus of reading about her cakes).

The not-so-good: Knowing the area around the fictitious Bunyip Bay and being strongly biased means that I just can’t handle Minegnew having a starring role!

Why I chose it: I never miss a Rachael Johns book. Thanks to Harlequin Australia for feeding my addiction early with an eARC.

Reading a Bunyip Bay is like coming home for me (possibly in more ways than one, since I used to live around the area). Naturally I was overjoyed to hear that there was a fourth book in the series, starring Frankie and Simone, supporting characters in the previous books. As Frankie is the owner of the local café and creator of all sorts of drool worthy baked goods, I was really looking forward to reading her story. I got a bonus in learning more about her sister Simone, a widow whose main action in the previous novels was to pursue a man who had a boyfriend (oops).

The story opens as a mystery man (who just happens to be delectably gorgeous) kisses Frankie in her café. The only problem is that Frankie has never, ever met this handsome stranger. It turns out that Logan thought she was her sister Simone. It’s a surprise to Frankie (and it turns out, Simone) that she’s been using an online dating service, but she takes it in her sisterly stride as Logan and his brother Angus become part of the their lives. The tension comes to a head at the wedding of Outback Ghost lovers Stella and Adam. Has each sister made the right choice? How will the decisions of that night affect the relationships between the four?

Rachael Johns’ books are always comforting and satisfying in addition to being page turners with multiple issues affecting the heroes and heroines. Outback Sisters doesn’t disappoint with a mystery surrounding the health of Logan (I was trying to guess what it was all the way through – I was close, but no cigar), a calamity involving a wedding cake (which would have been funny if I wasn’t such a cake aficionado) and a case of mistaken identity that has the local gossips atwitter. (Of course, there are many more juicy parts, but I’m not ruining the surprise for you!).

I’ve loved all the heroes from the Bunyip Bay series (I even have a Team Monty badge on my desk, although I suspect Adam is Hugh Jackman’s secret cousin). Unfortunately Logan has muddled my affections even more! He’s got everything you want in a hero – caring, cute, sensitive and sympathetic. He’s also independent and fights for what he believes in. Logan’s brother Angus was quieter and had hidden depths that had to be more gradually revealed as he was more comfortable around the sisters, but he’s worthy too. As for Frankie, I already loved her character and this book was just the icing on the cake for me. I also felt that I got to know Simone and her daughters much better through this book, and was able to sympathise with Simone’s life as a single mum and questioning when it’s ‘right’ to love again.

Seeing the return of old favourites such as the always gorgeous Heidi, Monty, Faith, Adam, Stella, Ruby and Drew before and at the wedding was just perfect for a fan of the series. It was just so lovely to see how our favourite couples were going post-happily ever after. It’s something you don’t get too see too often in this genre and I felt it emphasised the cosy, familiar feeling of the series. I’d love for there to be another Bunyip Bay book but I’m a bit perplexed as to who could have their story told next – will it be the pub owner (he seems like he needs to wow a lady with his cooking skills)? Could we have a new policeman in town or will the rookie cop find love locally?

If you haven’t read the other books in the series, you could quite happily read this as a stand-alone. I thought it was very clever how none of the backstories of the other couples was revealed, so you can read the wonderful experiences of life and love in Bunyip Bay and still be surprised.

Outback Sisters cements Rachael Johns’ place as the queen of Aussie rural fiction. I guarantee if you read one of her books, you’ll be hooked for life!