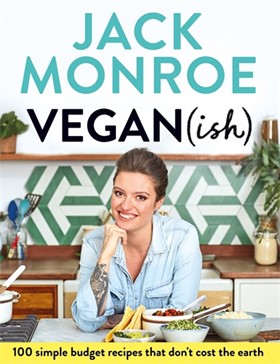 In brief: Vegan recipes that are easy to make with ingredients you can find and afford from the local supermarket.

The good: Great ideas and the recipes I tried were delicious.

The not-so-good: I can’t think of jackfruit as just a fruit now.

Why I chose it: Never reviewed a cookbook before! Thanks to Pan Macmillan for the copy.

Cuisine: Vegan (but you can make these recipes vegetarian or meat containing quite easily)

Confession time: I’ve never reviewed a cookbook on my blog before. I’ve shown pictures of recipes I’ve made from cookbooks and recipes I’ve invented but never really discussed the cookbook as a whole. Vegan(ish) is a cookbook about cooking vegan, but it will appeal to those who are vegetarian or wanting to eat more plant-based food. I fall into the latter category and I’m always on the lookout for recipes that combine new flavours or ways of using plants for food.

I must admit that on the first flick through Vegan(ish) that I was really surprised about the amount of jackfruit used. I like to eat jackfruit in the tropics, but why were there so many recipes? The answer is simple if I’d read the introduction to the book in the first place – it has the texture of meat and with the right marinade can seem like pulled pork, beef or chicken. If using jackfruit as a savory item is not your thing, you can substitute meat if you eat it or various meat substitutes. That’s the great thing about Vegan(ish) – the recipes are very open to substitution and Monroe offers some tips on how to do so if you aren’t confident.

As my primary cooking interest is baking, I thought I would put to the test a vegan baked good. Cakes with chickpea are okay, but I’m always looking for the next thing that will be able to fool my non-vegan friends. So on a very humid summer day, I tried my hand at the peanut butter crumble cookies. These contain ingredients that are staples of many households (cooking oil, peanut butter, golden syrup, sugar and flour) so there was no need to buy anything else. There are tips for modifying the flavour, such as using jam. The recipe was very simple, but because I was hot and lazy, I made my cookies in a Thermomix. It’s certainly not necessary, but it’s very easy to ‘convert’ the recipe. At the end of the mixing, my dough looked like this:

The dough came together very easily and didn’t become too liquid on rolling the balls. (For reference it was about 32°C, maybe more with the oven on). Each ball kept its shape and there was no need to refrigerate the dough. I was pretty impressed by this. 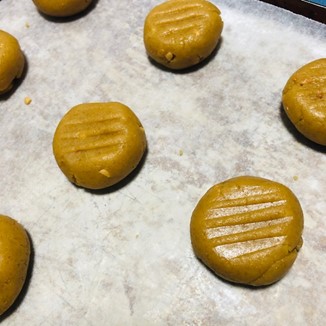 As you can see, the dough is lovely to work with. You could add nuts or chocolate chips to the dough if you wanted. My cookies were a bit smaller, so I made about 20.

The cookies browned nicely and I didn’t need to add any extra baking time. The hardest part was waiting for them to cool on the trays. It was worth it because they did not crumble at all! 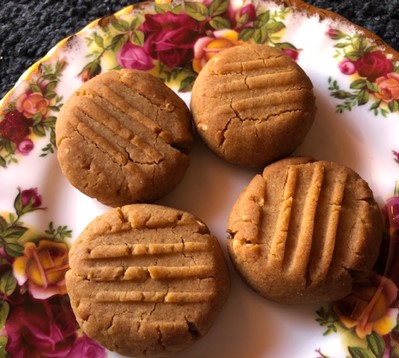 As for the taste test, they tasted lovely! Nobody asked if they were a different recipe or what they had in them. The golden syrup flavour intensified over the working week and people kept eating them, which is always a good sign! They were also sweet without being over the top. I’d definitely make them again.

I’m also interested in some of the main meals for cooler weather, such as the Thai-inspired curry and the Cuban black bean soup. There are some pasta dishes I can use as for midweek meals as they aren’t too fiddly or contain ingredients I’ll forget to buy.

Overall, if you are interested in expanding your plant-based repertoire, Vegan(ish) is a great book to check out.