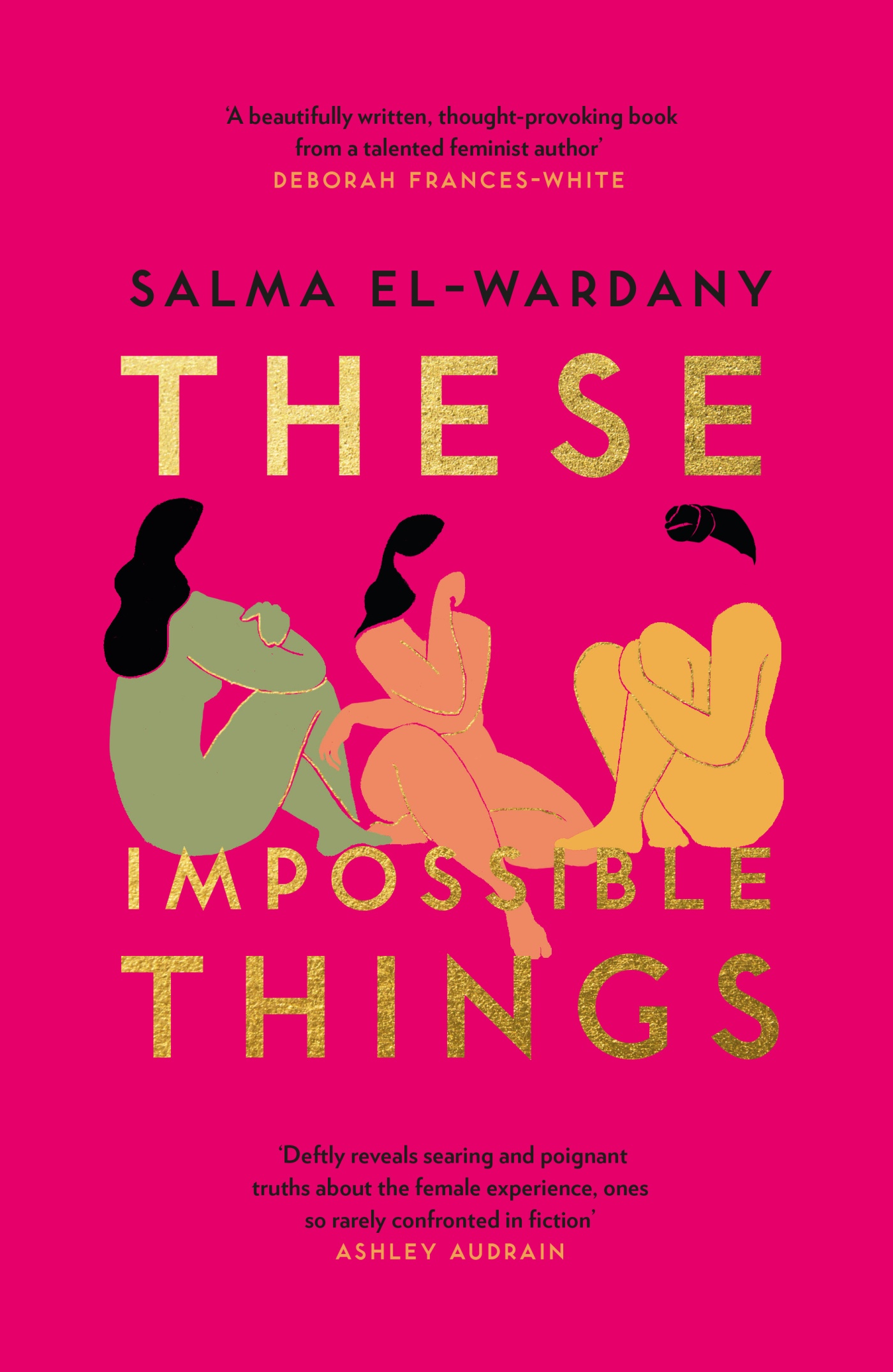 In brief: Malak, Kees and Jenna were all best friends until one argument divided them. Now, as they forge their own paths in life they need each other’s friendship and forgiveness more than ever.

The not-so-good: Sometimes, these women were being unfairly treated by themselves or others.

Why I chose it: Always up for a female friendship novel with strong themes. Thank you to Hachette for the copy.

These Impossible Things is a story of friendship, faith, values and growing up seen through the eyes of three British Muslim women – Jenna, Malak and Bilquis (Kees). As the women move from study to work and life as adults, they encounter many difficult moments that could have been easier if they were still friends after an argument.

The reader first meets the trio while they are still at university. Growing up in the same community, they are aware of the expectations their parents have on keeping their faith and marrying a good Muslim man. At university, both Kees and Malak have non-Muslim boyfriends and Malak and Jenna both drink alcohol. After Kees and Malak finish university (Jenna remains, studying medicine), they need to make some difficult choices. Malak breaks up with her boyfriend Jacob while Kees continues hers with Harry but keeps it a secret from her parents. It results in an argument about duty, faith and the happily ever after their parents want that cause Kees and Malak to stop talking to each other. Malak decides to go to Egypt to repair her broken heart, and falls in love – but with consequences that will change her. Kees and Harry both start work as lawyers, but the stress of keeping their relationship secret from Kees’ family proves too difficult to bear. It results her family cutting off all contact just as she is working harder than ever. Jenna is adrift without her friends and goes to seek pleasure wherever she can find it with dangerous, life changing results. All the women are hurting alone, can the pain drive them back together?

This is a fantastic story. It explores both coming of age in different ways, secrets, duty and female friendships. It is also not afraid to explore serious topics such as abuse (sexual, physical and psychological) and the conflict between faith and family. Salma El-Wardany handles both the serious and thorny topics exceptionally well. Religion (Islam and also Catholicism) also plays a role in the novel, but it’s not heavy handed. It’s explained as a part of each character’s life, drawing solace and peace, as well as being hard to bear in crises of faith and family. The role of family and expectations of the community was also described very well, with differences between the women’s families. This was further contrasted with Harry’s Catholic family, particularly his mother, who was so eager to assist with the nikah that she went quite OTT in a not-always-good way. The pain of Kees’ family cutting her off was visceral, with the ending being incredibly emotional. The guilt of each character for hurting her family, faith and neglecting friendships was strong, but not overpowering. Overall, the relationships are portrayed in all their messy complexity and the characters make mistakes, but overall it’s about friendship, love and support for each other.