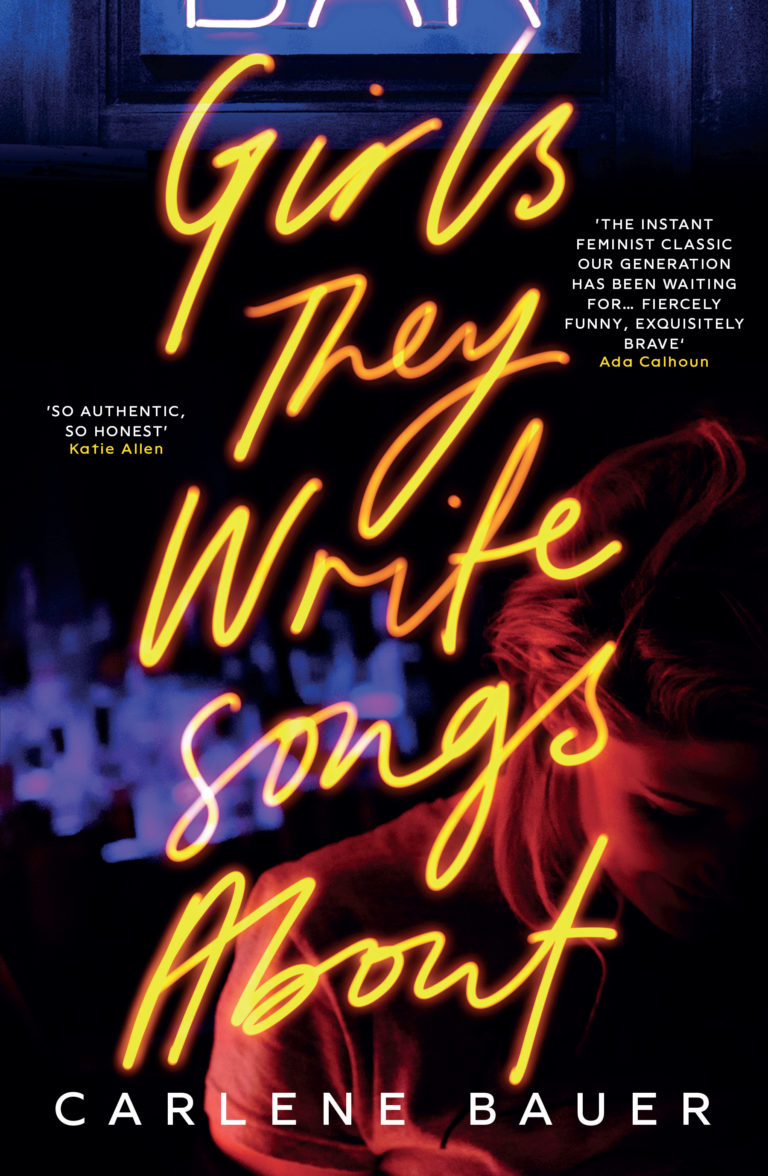 In brief: Rose and Charlotte meet while working on a New York music magazine. Their friendship will continue as they take different paths, but will they agree on the other’s choices?

The good: Bluntly honest, it doesn’t hide the bad.

The not-so-good: I was less invested in Charlotte towards the end of the novel.

Why I chose it: New York, music, friendship…sounded like fun. Thanks to Bloomsbury for the copy.

Girls They Write Songs About is a tricky novel for me. At times I was heartily engrossed in it, other times I struggled to pick it up. It was a bit like the friendship between the two protagonists, Charlotte and Rose. Sometimes it was full on, sometimes it seemed distant.

The story begins as Charlotte and Rose meet at a music magazine in New York in the 1990s. Rose is the writer, while Charlotte is delegated to edit. It’s not something she wants, as she considers herself a writer. She and Rose initially dislike each other, before settling their differences and becoming the very best of friends. Their life is (relatively) carefree and focused on having fun in between writing. But as the years go by, they seem to want – or settle – for different things. For Rose, It’s a ‘safe’ job, husband and family. Charlotte wants to be a free spirit, but she is also somewhat jealous of Rose, which grows stronger as the security in Rose’s life (e.g., housing) becomes more evident. Their friendship grows more distant as Charlotte clings on to the same life that the pair had twenty years ago with awkward results.

The writing is brilliant. Full of thoughts, philosophies on feminism (though some are questionable to me!) and the feelings of being young where anything is possible. There’s a sense of urgency in the first half that there’s not enough time to do, see and feel everything. The pace is tight and there is always something happening. If the second half had some more of this, I feel it would have enthralled me to the end. Perhaps keeping NYC in the picture would have been more successful, as I felt like a major character had disappeared after the setting changed. The strength here is in the characters who are flawed, selfish and driven.

I really enjoyed the first half of this story as Charlotte and Rose tried to take on as much of New York as they possibly could – men, bars, experiences. They were open in their desire to try it all, no matter the consequences. They supported each other through the good and the bad, the highs and lows of career and love. As the story is told in the first person by Charlotte, it’s clear she’s not confident in Rose making the choice to get married, not choosing a family. She responds authentically for her character, in affairs with married men (one of which leads to a divorce) as well as destroying her own marriage. (It’s questionable whether the marriage was just to ‘keep up’ with Rose – after all, the pair were rivals before they were friends). As Charlotte and Rose drift apart, I found Charlotte’s character more annoying. She’s more rigid in her thoughts of the ‘right’ way to live a life, even though she is nowhere near innocent herself. She’s going off the rails from what her young self wanted, and she doesn’t seem to be in a hurry to fix it even though she does seem to recognise that it’s occurring. She seemed to lose her drive and become quite weary and static. It was difficult to enjoy this part of the story as it really seemed to go in circles. There is a glimmer of hope that a younger character, Elinor, can have all that Rose and Charlotte dreamed of, but it’s distant.