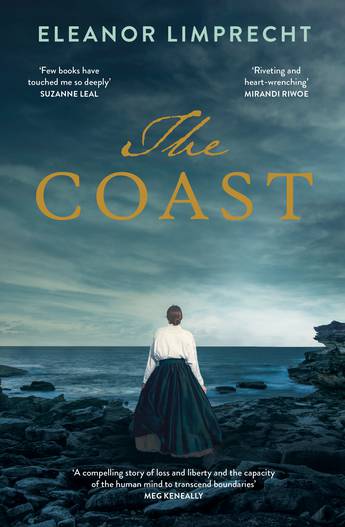 In brief: Alice is only a child when, like her mother, she is admitted to The Coast Hospital indefinitely with leprosy. It’s a small life, and when Guy arrives after World War I, her life becomes richer.

The good: Fantastic research and very emotional at times.

The not-so-good: The sorrow and stigma for Alice and her family is harsh.

Why I chose it: Thanks to Allen & Unwin for this wonderful novel.

The Coast is a novel that knocks you for six – it’s that good. It’s emotional, heartbreaking and cruel at times, but joyous at others. This meticulously researched novel shines a spotlight on the individuals who were forced to live their lives in eternal quarantine because of leprosy – an infectious disease that can now be treated successfully with antibiotics.

Alice was a very young child when her mother, Clea, left the family in sudden, odd circumstances. But when she develops tell-tale marks on her skin, her grandmother takes her down to Sydney to see her mother in hospital – and leaves her there. It’s here that Alice learns she too has leprosy (now known as Hansen’s disease) like her mother and grandmother. She is now to live in the small, separated section of The Coast hospital until she is cured – or dies. While the residents of the lazaret have some freedoms – a beach to swim at and a small boat to fish with – they can never leave. As the disease progresses, they become disfigured and gangrene sets in to their fingers and toes. It’s not a nice way to live. Clea tries her best with Alice in difficult circumstances but it’s not easy being a mother for the first time. Alice is curious as she grows, and it’s the arrival of Guy that brings hope and happiness into her life. A Yuwaalaraay man and returned soldier from WWI, Guy offers Alice experiences and memories she’s never had. It’s bittersweet as Alice’s disease worsens and the public perception of those affected is so negative.

The Coast is intense. Intense with emotion, as Eleanor Limprecht tells the backstories of Alice, Clea and Guy (these are all their new names after coming to The Coast, as using their real names added stigma to their remaining families). We see their lives before they were affected by leprosy, and the shame and ill treatment they experienced due to their disease, and in Guy’s case, the colour of his skin. As the novel continues, there are lighter moments to be found in Guy and Alice’s relationship but all in all, you will need more than a few tissues. (The ending is particularly bittersweet).

Seeing the perspective through one of the only doctors not scared to visit the lazaret and treat the patients adds a good contrast. Will is frustrated by his inability to do more than reactive medicine and his role in keeping them separated from society. His own secret means he feels some empathy towards the patients and the stigma they feel. Clea’s stubbornness is something he is initially surprised at, but then grows to admire as she looks after Alice. Will is also disgusted by his colleagues, and their unwillingness to take care of the patients in the lazaret. This demonstrates how strong the fear was about ‘catching’ leprosy not only in the general community, but amongst medically trained staff.

It is interesting to compare Alice, Clea and Guy’s isolation and quarantine to that in the current COVID-19 pandemic. While theirs was much longer, it did make me ponder about the care and support needed to help these individuals. Overall, The Coast is a stellar read about a forgotten part of Australia’s history.

3 thoughts on “REVIEW: The Coast by Eleanor Limprecht”